Stop Focusing On Your Own Goals If You Want To Succeed 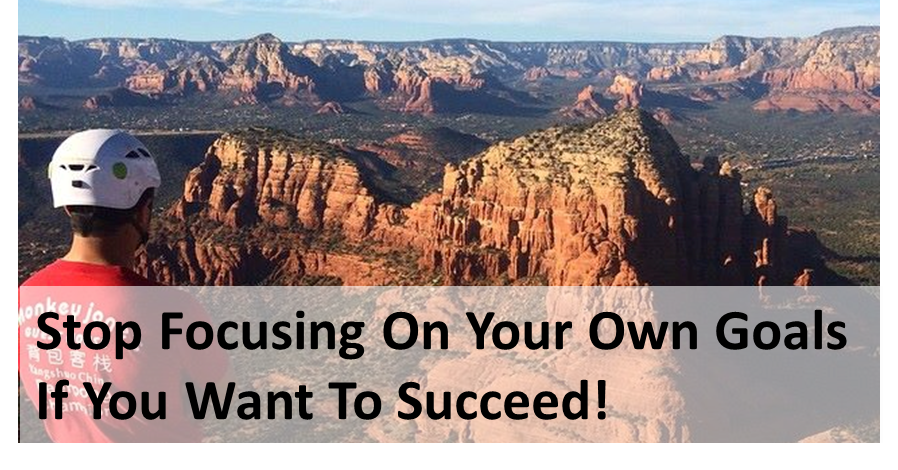 Over the years, I’ve been practicing being a better citizen. A better listener, a better friend. And, I’ve been getting in the habit of helping people at every opportunity. After all, one of my big passions is to help people face their fears and go after their dreams.

So when I see someone who’s doing something unique that I resonate with, I’m always down to get coffee with them, chat, give them some tips, make things happen…and when you do, the connections come back. It’s a win-win for everyone.

How? Well, by being genuinely interested in their goals and seeing how I could assist them. And by not looking to get anything out of it.

It all started when I found an interesting blog called CrockPot Moms.

I liked what Lisa, the founder, was doing—and I wanted to find out more about her and her business. Somehow, we had gotten connected through Facebook, and after looking through her blog, we set up a Skype meeting.

During our chat, I gave her some tips from Student-Tutor’s blog—test prep, college application advice for her kids, etc. Then, near the end of the conversation, she mentioned her position as a writer for Huffington Post.

“What? Congratulations! That’s awesome!” I said. “Wow. I’d love to write for Huffington Post.” I wasn’t expecting a thing—just expressing my true congratulations for her achievement.

Out of the blue, she said, “Well, I’m sure I could make the introduction.”

She did. Two hours later, I got an email from Huffington Post with my login info.

I was officially a Huffington Post guest contributor, with license to post as often as I liked. 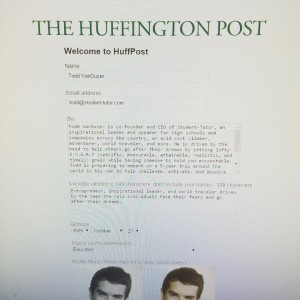 (Keep in mind, this wasn’t just because of my connection with Lisa. I had built up Student-Tutor’s academic blog to the point where it gets 60K visitors per month. Without that credibility, there’s no way I could’ve gotten the position at Huffington.)

My mind started flashing. What can I do with this? How can I use this to help me further? And then, I realized that I could use this position to help others. So many people want to be featured on Huffington Post—small business owners, festival runners, entertainers.

I realized I could help out businesses that I liked by offering to feature them on Huffington Post, and get them the publicity they want.

A few months later, I reached out to Relentless Beats, a company in Phoenix that promotes EDM concerts and events. One of their concerts is called Global Dance Fest, and it’s huge, usually holding at least 12,000 people. The music is always awesome.

Needless to say, I’ve been a fan for a while, and since I want to start a music festival of my own, I’ve been looking to get into the music scene—so I wanted to go. And yes, I wanted to go to the concert, but here’s the thing—I also legitimately just wanted to help Global Dance Fest get them some publicity.

I contacted a worker for Relentless Beats named Lyle Maxon (who I’d already met), and told him that I’d love to write a post on Global Dance Fest and help spread the word.

Lyle agreed! So I went to Global Dance Fest and had a killer time. (Of course.)

But, when I went to write my story, I realized that the founder of Relentless Beats had no biography.

There was absolutely no information about him anywhere. I kept searching, turning over digital rocks, and literally nothing came up.

Who was this guy?

That was when I knew that this was my story. Not Global Dance Fest, but the CEO of Relentless Beats. Who was the founder? What was his deal?

Burning with curiosity, I set up a meeting with the founder, and he told me his incredible story—how he turned a hobby into a multi-million dollar company. I was so taken with this success that I just wanted to get the word out about him, so other people could hear his story and be inspired.

Afterwards, I told Lyle, one of the other people behind Relentless Beats (who I was connected with), about my interview with the founder. Lyle and I got to talking, and he said we should get coffee sometime—so one morning, we met for coffee, and he started talking about his plans for Relentless Beats. They were big. I spotted an opportunity for us to help each other out.

I stopped Lyle. “Hey, man—let’s get Desert Canvas together with Relentless Beats. We can help you.”

This is the important part: I didn’t ask for permission. I didn’t hide what I wanted to say in vague terms. I saw the opportunity and took it—you could even say I forced my way in. Let’s make this happen.

I started laying out my vision. “We can make a huge sculpture for you—the letters R and B, for Relentless Beats. People can come up and write their stories from the year on the sculpture, and it’ll get them to engage with the festival in a new way. Then, at our event two weeks later, we can paint over it, symbolizing rebirth. We can drive people from our group to your festival, and you can bring people to ours. It’s a win-win!”

Lyle was skeptical. “How are you going to make the sculptures?”

Much like my experience remodeling a house at the age of 22, I had no clue, but I acted like I did. “Oh, it’ll be no big deal. I know some people who can make it happen.”

Eventually, I convinced him, and he asked me to send over some information—so I did. But instead of sending a little paragraph, I got Vlad, an engineer on our team, to design something complete, professional, and impressive. 3D-rendered graphics of the completed sculpture. Exact dimensions. Blueprints, complete with our logo. 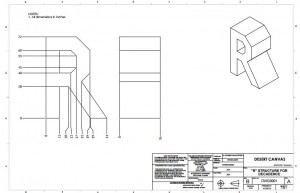 With that level of professionalism, they got the blueprints and knew we were ready to do this. They gave us $700 to build the art installation. (It ended up costing us a little bit more, but they also gave us free tickets to the festival, so I’ll call that a win!)

But it was more than giving us money for a sculpture. In doing this, they agreed to a solid partnership with us. We’ll be able to promote our event (called ReBirth) at their New Year’s concert for free.

And because our partnership started off in such a real and genuine way, I feel confident that it will continue for years to come, and we’ll be able to help each other more than we ever could have imagined. 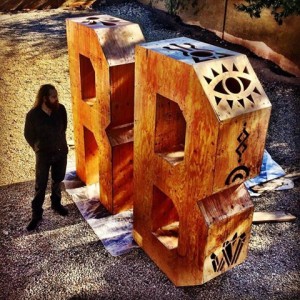 So what’s the moral of the story?

Always be looking for ways to genuinely help people. Not because you want to get something out of it, but because you really want to help them.

1. You never know the connections you’re going to make.

Did I think CrockPot Moms would connect me to Huffington Post? Absolutely not—I was just interested in her business, and genuinely wanted to talk to her.

When I went to that concert, was I expecting that I would develop a relationship with Relentless Beats? No, just wanted to go to the festival, have a good time, and help them get more publicity. When I was writing a story for Thomas, was I looking to get something about it? No—I just wanted more people to read his inspiring story.

Then when I started thinking about it and the opportunities started clicking, I realized that there was a solid partnership available, and I went for it. When you see opportunities arrive, go after them. Don’t think twice, just make it happen.

2. Don’t limit yourself with the people you help.

Helping people and giving back should be a part of your life, and something you do every day. Help people who have nothing to offer you. Help an old woman in the grocery store who needs help carrying her groceries to her car, or a hitchhiker who needs a ride into town.

Was driving from phoenix to San Diego a hitchhiker trying to get to San Diego for the holidays. She was about 100 miles out. Having hitch hiked quite a bit myself I had to pick her up! Michele it was awesome meeting you! Got her a cup of coffee from Starbucks too. Happy holidays everyone. #hitchhiking #holidayseason #helping #sandiego

3. You need to help people with an open mind, and you cannot be looking to get something out of it.

It’s one of the easiest, and also most difficult, things about networking. All you need to do is genuinely care about the other person’s goals and dreams. Stop thinking about your own for five seconds, and help them.

And, believe it or not, when you help people with no desire to get anything out of it, your own dreams and goals come together much more quickly.

What’s the biggest way someone’s helped you? Share in the comments!